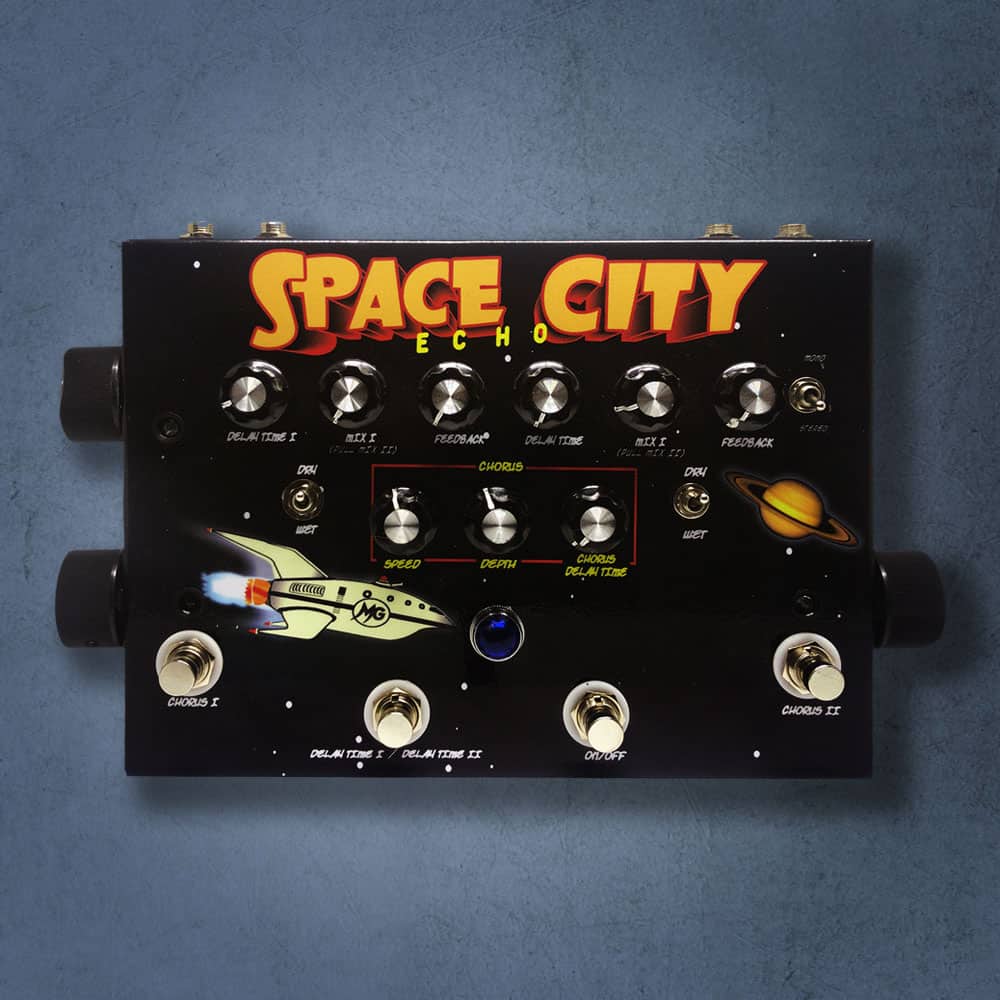 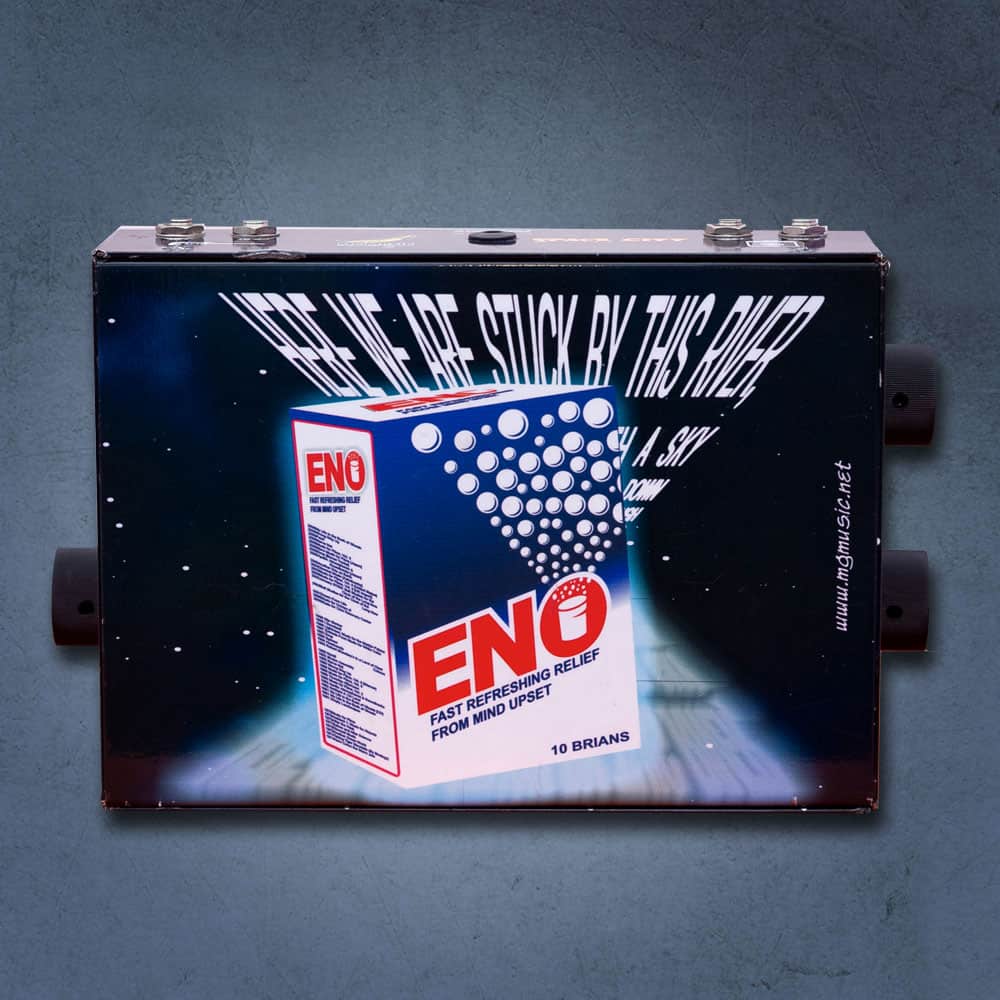 We have already talked about the characteristics of analog delays, how it sounds musical, organic and easier to adapt to different sounds.

We have also talked about That’s Echo Folks, with the feedback layers.

But what if we add all this to an analog chorus / vibrato in the modulations, put another delay on top of everything and make it all deeper?

That’s why Space City is a unique, exclusive pedal used by different audio professionals – not just guitarists – in the world.

Our inspiration? The famous and excellent music producer Brian Eno.

Who taught The Edge what the delay is for.

That is, Space City is The Edge ON ACID .

The V3205D chips are still here to create the warm, organic repetition of the analog delay.

When in stereo, Space City creates ambience and 3d effects, similar to repetitions.

However, as they are analog, they will hardly be the same delay time.

The feedback knob is push-pull, so you can choose between feedback 1 and feedback 2 (like That’s Echo Folks, but instead of being a switch, it’s the knobs themselves).

In feedback 2, activated by push-pull, feedback doubles, creating more depth for the effect.

In addition to delays, you can control Space City’s chorus / vibrato.

There are three controls, SPEED, DEPTH and CHORUS DELAY TIME.

With specific settings combined with CHORUS DELAY TIME and delay feedback 2, you get 50s sci-fi effects, or sounds very similar to Brian Eno’s MUSIC FOR AIRPLANES (our inspiration!).

Chorus / vibrato can only be active on one channel or simultaneously on both channels.

In stereo, this chorus / vibrato effect can give the famous 3D dimension to the effect. In mono, it creates depth and intensity, plus the delay.

The pedal switches are 4:

DELAY TIME 1/2 – changes the left channel delay time from the standard knob to a knob at the top of the pedal, to build effects similar to That Echo Folks’ pig’s tail, but in a much more behaved way, of course.

In short, this pedal is a separate instrument.

Perfect for guitarists looking for new effects, different from those on the market.

Come visit us and get to know Space City!